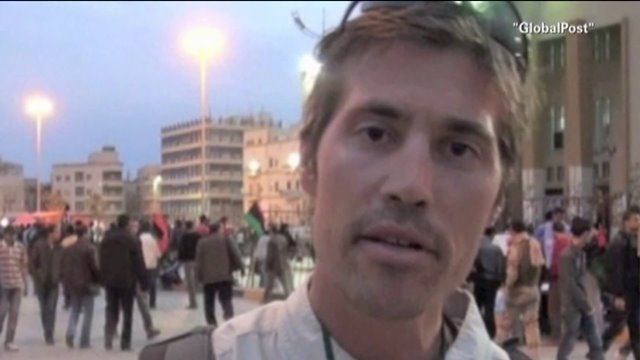 The beheading of an American journalist at the hands of ISIS has caught the world`s attention. 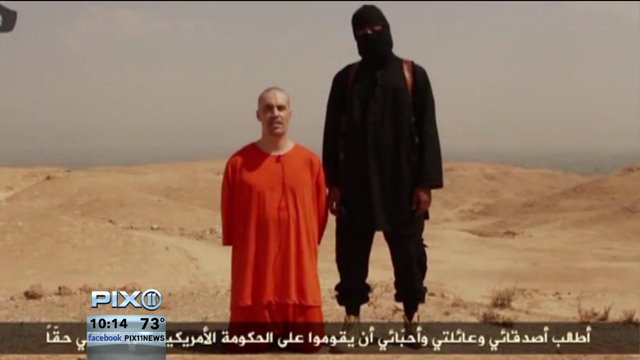 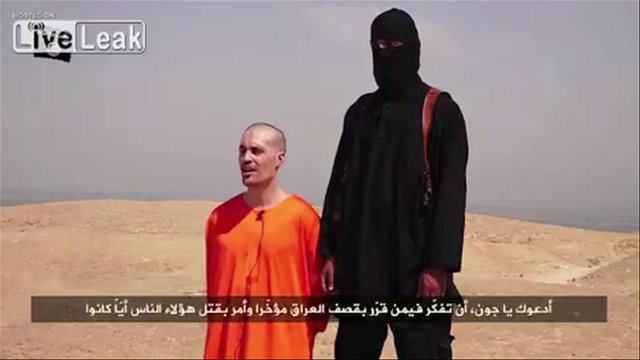 (CNN) -- A video released by ISIS shows the beheading of U.S. journalist James Foley and threatens the life of another American if President Barack Obama doesn't end military operations in Iraq.

In the video posted Tuesday on YouTube, Foley is seen kneeling next to a man dressed in black. Foley reads a message, presumably scripted by his captors, that his "real killer'' is America.

"I wish I had more time. I wish I could have the hope for freedom to see my family once again," he can be heard saying in the video.

He is then shown being beheaded.

"We have seen a video that purports to be the murder of U.S. citizen James Foley by (ISIS)," National Security Council spokeswoman Caitlin Hayden said. "The intelligence community is working as quickly as possible to determine its authenticity. If genuine, we are appalled by the brutal murder of an innocent American journalist and we express our deepest condolences to his family and friends. We will provide more information when it is available."

Obama was briefed about the video, and "he will continue to receive regular updates," White House spokesman Eric Schultz said.

ISIS has carried out executions, including beheadings, as part of its effort to establish an Islamic caliphate that stretches from Syria into Iraq. In many cases, ISIS -- which refers to itself as the Islamic State -- has videotaped the executions and posted them online.

CNN is not airing the video.

Foley disappeared on November 22, 2012, in northwest Syria, near the border with Turkey. He was reportedly forced into a vehicle by gunmen; he was not heard from again. At the time of his disappearance, he was working for the U.S.-based online news outlet GlobalPost.

On Tuesday, Foley's mother, Diane, took to social media with an emotional statement to praise and mourn her son.

"We have never been prouder of our son Jim. He gave his life trying to expose the world to the suffering of the Syrian people," she said in a post on the Free James Foley Facebook page.

"We implore the kidnappers to spare the lives of the remaining hostages. Like Jim, they are innocents. They have no control over American government policy in Iraq, Syria or anywhere in the world.

"We thank Jim for all the joy he gave us. He was an extraordinary son, brother, journalist and person. Please respect our privacy in the days ahead as we mourn and cherish Jim.''

The video also shows another American journalist. His life is said by the militant in the video, who speaks English in what sounds to be a British accent, to hang in the balance, depending on what Obama does next.

The journalist is believed to be Steven Sotloff, who was kidnapped at the Syria-Turkey border in 2013. Sotloff is a contributor to Time and Foreign Policy magazines.

The Committee to Protect Journalists estimates there are about 20 journalists missing in Syria, many of them held by ISIS.

Among them is American Austin Tice, a freelance journalist who was contributing articles to The Washington Post. Tice disappeared in Syria in August 2012. There has been no word of from him since his abduction.

RELATED: US tried to rescue James Foley earlier this summer

As a freelancer, Foley picked up work for a number of major media outlets, including Agence France-Presse and GlobalPost.

"On behalf of John and Diane Foley, and also GlobalPost, we deeply appreciate all of the messages of sympathy and support that have poured in since the news of Jim's possible execution first broke," Philip Balboni, GlobalPost CEO and co-founder, said in a published statement, referring to James Foley's parents.

"We have been informed that the FBI is in the process of evaluating the video posted by the Islamic State to determine if it is authentic. Until we have that determination, we will not be in a position to make any further statement. We ask for your prayers for Jim and his family."

Foley had previously been taken captive in Libya. He was detained there in April 2011 along with three other reporters and released six weeks later.

Afterward, he said that what saddened him most was knowing that he was causing his family to worry.

Foley grew up in New Hampshire and graduated from Northwestern University's Medill School of Journalism in 2008. Like other young journalists who came of age after the September 11 terror attacks and American wars overseas, Foley was drawn to Iraq, Afghanistan and other areas of conflict.

"Everybody, everywhere, takes a liking to Jim as soon as they meet him," journalist Clare Morgana Gillis wrote in a blog post about him in May 2013, six months after he disappeared in Syria.

People in Foley's hometown of Rochester, New Hampshire, expressed shock and sadness at the news.

"This is a tragedy which is beyond imagining. There are no words to describe this kind of inhumanity," the Rev. Paul Gousse of the Holy Rosary Church told CNN affiliate WMUR.

"You just feel sad," Sully Harte, a neighbor, told the local broadcaster. "You just hope the family can grieve and deal with it because it's one of those things that you can't control at all."

Sen. Kelly Ayotte, Republican of New Hampshire, said in a statement that "our hearts are broken for the Foley family."

"James was an innocent civilian who was bravely performing his job as a journalist," Ayotte said. "This barbaric and heinous act shocks the conscience and highlights the truly evil nature of the terrorists we confront, who must be defeated."

The video of Foley was released as ISIS is being targeted by American airstrikes ordered by Obama.

"I think they may have been surprised and are doing the best they can to retaliate," former CIA director R. James Woolsey, Jr. told CNN.

Foley's killing recalled the murder of Daniel Pearl, The Wall Street Journal correspondent who was kidnapped while reporting in Pakistan in January 2002. His murder was captured on video and posted on line by al Qaeda.

It also harkened to the videotaped beheadings of Americans Nicholas Berg, Eugene Armstrong and Jack Hensley carried out by al Qaeda during the height of the Iraq War.