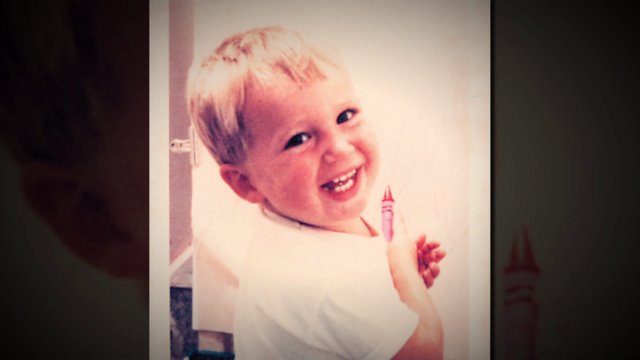 On this week`s It`s a "G" Thing, we see how Stew Leonard and his family are still helping kids in New York be safe around the water years after losing their son to a drowning

It was a beautiful, sunny New Year’s Day in 1989.
Stew Leonard and his family were celebrating their three-year-old daughter’s birthday.

“It was a great fun day, getting ready for a birthday party,” Stew Leonard, president of Stew Leonard’s Supermarket , said. “Then all of a sudden my son was with me then he wasn’t.”

His wife, Kim, was baking a birthday cake so he assumed his 21-month old son, Stewie, went to the kitchen to lick the frosting bowl. Stewie was not there.

“Obviously panic hits and everybody runs around the house,” Stew remembered, fighting through tears. “We looked out in the pool and saw a yellow shirt floating there. I dove in, we gave him CPR but it was too late. We lost our son to a drowning.”

“It was a long process,” Kim Leonard said. “I think initially Stew mourned one way and I grieved another way but eventually we came together”

Drowning is the leading cause of accidental death for children under five. They knew they wanted to help change that statistic. So in 2002, they published the book, “ Stewie the Duck Learns to Swim .”

Now you can even download the Stewie the Duck Learns to Swim App .

But to really make the lessons stick, they put it to a catchy jingle:

Over the past 12 years, the book and the Stew Leonard III Children’s Charities have raised millions of dollars for water safety awareness and education.  That money has directly helped kids in Yonkers .

“[It’s] an inner-city YMCA and they do such an amazing job,” Stew said. “What we do is sponsor the swim lessons that they have.”

They also partner with the American Red Cross.
It’s an effort that the entire Leonard family has been a part of from day one.

“I have three older sisters, all of us have grown up doing book readings,” Madison Leonard, Stew’s daughter, said. “But because I’m the youngest, I’m the one who ended up in the Stewie the Duck costume.”

“I live with 5 women,” Stew said. “So, if I ever did do a comedy routine that’s what it would be about”

When I asked Stew how he wants to be remembered, he just smiled and said as someone who helped.