NASA offers explanation for photo of ‘man’ on the moon 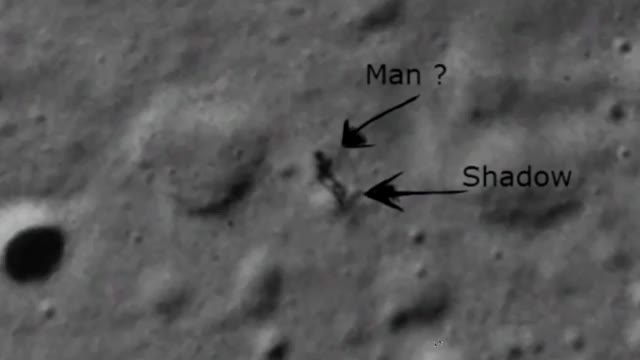 Google moon has sparked the imagination of amateur astronomers and UFO fanatics with an image that appears to show a human or statue form.

A photo taken from Google Moon claims to have captured the shadow of a human figure, alien -- or even that of an ancient statue.

But NASA says that is probably not the case.

The photo being circulated is either from the Apollo 15 or Apollo 17 mission, Noah Petro, Deputy Project Scientist for the Lunar Reconnaissance Orbiter mission told PIX11.

YouTuber Wowforreeel posted a video of the find made by another user last month. "An irregularly shaped dark spot he noticed on Google Moon looks like it could be a cast shadow from a massive standing object, or figure," the user wrote. "At first I thought maybe it was something drawn into the picture but going to G. Moon, whatever it is or isn't...uh, is there."

Since the photo and video began going viral, there have been various theories of what the photo actually shows.

Several news outlets suggested the shadow bears a resemblance to the ancient statue "The Colossus of Rhodes."

Wade Sisler, a spokesperson for NASA, told PIX11 the photo reminds him of the "man on Mars" image that circulated in 2008.

Sisler said, "[As humans] we spot patterns, and especially gravitate towards human shapes and forms."

Noah Petro, a deputy project scientist for the Lunar Renaissance Orbiter mission that is currently orbiting the moon, or LRO, said the image appears to be from Apollo 15, NASA's manned mission to the moon in 1971. A current LROC image of the same location doesn't show anything that would cause that pattern on the ground.

Petro says there is no nearby mountain or boulder that would cast the shadow.

"My best guest," Petro said in a statement to PIX11, "is that its something (dust, an eyelash, scratch on the negative) was on the film. Remember, this was in the pre-digital days when all sorts of nasty things could happen to film."

As for the "man" on Mars, it turned out to be just a rock.