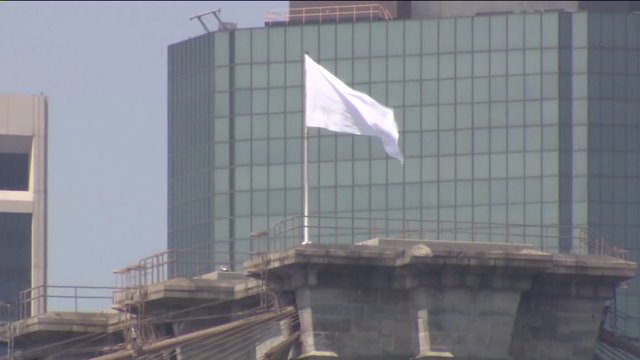 A pair of German artists have claimed responsibility for the white flags placed on top of the Brooklyn Bridge last month.

NEW YORK (PIX11) - A pair of German artists have claimed responsibility for the white flags placed on top of the Brooklyn Bridge last month.

Mischa Leinkauf and Mittias Wermke sent a video to The New York Times which was apparently recorded from the top of the bridge next to one of the white flags.

The artists told the newspaper their goal was to honor the German born engineer that helped design the bridge.

Nick Casale, a former Deputy Commissioner for Counter Terrorism for the M. T. A. told PIX 11 he wasn’t impressed by the art installation. “What we have to look at is, are these pranksters, amateurs penetrating our security.”

Police are investigating the claims made by Leinkauf and Wermke. The duo have scaled other tall structures around the world, however police believe as many as 5 people may have been involved with the July 22 incident.