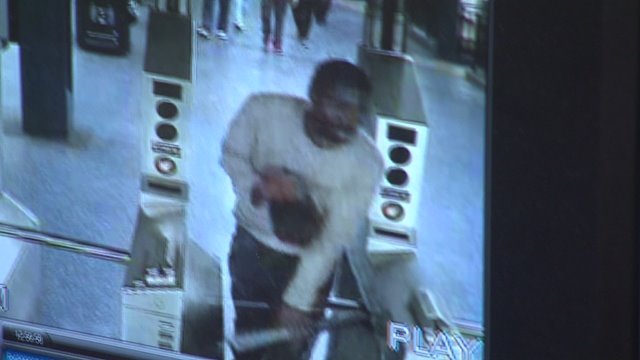 Detective Cliff Parks said he believed the images from the Chambers Street subway station on April 19 were clear enough to make the man very recognizable.

“This is the first and only shot we have of him with no hat and no sunglasses on,” Detective Parks told PIX11 Wednesday.

After the robber hit the Capital One Bank at West Broadway and Chambers Street in Manhattan April 19  at 1:30 p.m.,  he was seen using a MetroCard to go through the turnstile at the Chambers Street station, where commuters can catch the No. 1, 2 or 3 trains.

He was still wearing a New York Giants baseball cap and sunglasses when he entered the subway system. But seconds later, another surveillance camera shows him ditching a sweatshirt, hat, gloves and glasses into a trash can, as he dashes to another turnstile to leave the station.

“What I’m asking for is the public’s assistance in helping identify this suspect,” Detective Parks told PIX 11.

The NYPD Crime Stoppers unit is offering a reward of up to $2,000 to anyone who provides information that leads to an arrest and conviction. Callers receive a confidential code number and don’t have to give their names. The phone number for Crime Stoppers is 1-800-577-TIPS.