Man tested at Mt. Sinai most likely not infected with Ebola: hospital 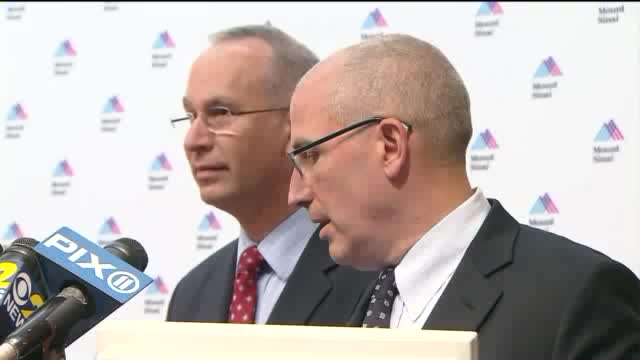 (AP/PIX11) -- A man who visited West Africa last month and is at a New York City hospital being tested for possible Ebola likely doesn't have it.

A doctor at Mount Sinai Medical Center in Manhattan says "odds are" it's not Ebola. Dr. Jeremy Boal says he hopes for a definitive answer in the next day or two.

The hospital says the patient had a high fever and gastrointestinal symptoms when he went in Monday. It placed him in isolation.

"In the early morning hours of Monday, August 4, 2014, a male patient with high fever and gastrointestinal symptoms presented at The Mount Sinai Hospital's Emergency Department in New York City. The patient had recently traveled to a West African country where Ebola has been reported. The patient has been placed in strict isolation and is undergoing medical screenings to determine the cause of his symptoms. All necessary steps are being taken to ensure the safety of all patients, visitors and staff. We will continue to work closely with federal, state and city health officials to address and monitor this case, keep the community informed and provide the best quality care to all of our patients."

The Ebola virus causes a hemorrhagic fever that has sickened more than 1,600 people, killing nearly 900 mostly in Liberia, Guinea and Sierra Leone.

A spokesman for the Centers for Disease Control and Prevention says at least three Americans have been tested in the U.S and all tested negative.

For more information on Ebola, visit the WHO website.