Is Israel losing the war of public opinion? 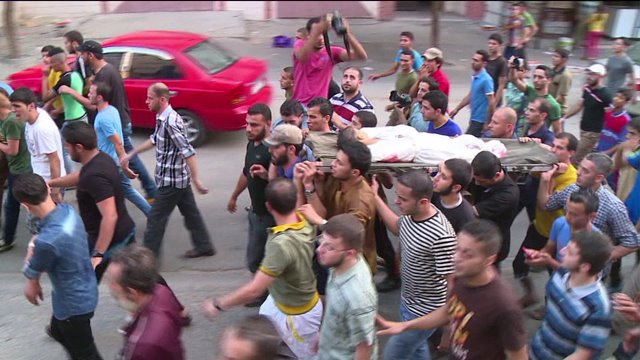 Israeli-Palestinian war continues to wage on as casualities rise

NEW YORK (PIX11)-- As Israel's conflict with Hamas intensifies so does the outrage over the civilian casualties in Gaza.

There has been a spike in Antisemitism and condemnation in Germany, France, China and all Arab and Muslim countries. The daily images of the dead and dying are powerful and are impacting the court of public opinion against Israel.

Israel has an incredible defense system against incoming Hamas rockets and has suffered some 60 deaths in the weeks-long battle. In sharp contrast, there have been more than 1300 Palestinian deaths, 70 percent of them civilians, including more than 250 children.

Israel defends its action, claiming Hamas is responsible for the civilian casualties because it uses them as shields in areas where there are military installations. The Palestinians deny civilians are being used as shields and contend there is no evidence to support the assertion. Still, the images are powerful, many of them being transmitted on social media. #GazaUnderAttack has registered more than 4 million tweets, compared to 200,000 tweets for #IIsraelUnderFire.

Despite the outcry over the number of casualties, support for Israel remains high in the U.S. A Pew Research study found the twice as many Americans blame Hamas for the latest conflict that blame Israel. And about half think Israel's military operation is an appropriate response.