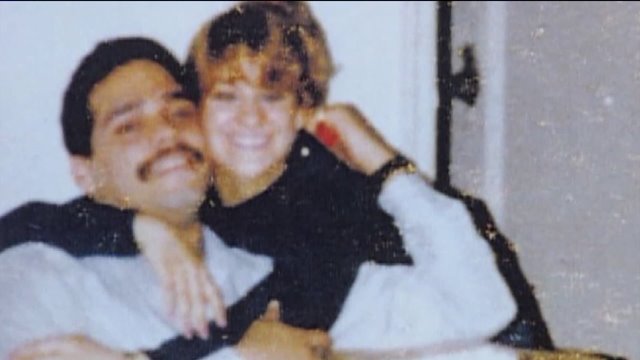 The brother of Anthony Baez, who died after he was put into a chokehold by an NYPD officer over 20 years ago, sees heartbreaking similarities between his brother`s death and that of Eric Garner.

David, now 37-years-old, was just a teenager back then.

He was here that night in front of his family’s Bronx home, long before the days of video camera equipped smartphones, playing touch football with his big brother Anthony Baez.

“My brother tried to ask him, why am is being locked up for no reason. And he just grabbed him and put him in a chokehold. Basically,” said Baez.

The outrage. Raw emotion. Intense mourning, and the controversy.

There are so many parallels between the death of Staten Island resident Eric Garner, who died after another NYPD officer put him in an apparent chokehold and what happened to Anthony Baez.

Anderson, along with her colleague Tami Gold, featured the Baez case in her film, “Every Mother’s Son."

She says time and technology, in other words the video, should help craft a more accurate narrative in the Garner investigation.

“With Anthony Baez for example, they said that he was overweight, he was obese, he had asthma, he died of an asthma attack. Well nothing was on camera! So it was really the testimony of those officers that were there against the family,” said Anderson.

It took two trials and several years, but David Baez says his family finally got some measure of justice after former officer Francis Livoti served six and a half years in federal prison.

Even now after Garner’s death, David insists he doesn’t hold a grudge against the police department.

“I have a lot of friends that are cops. It was just that one cop, ya know? That one cop, and the other cowards that protect the cops like that, I got problems with,” said Baez.